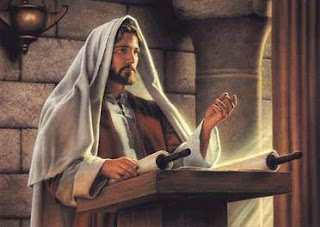 I quite often watch a programme called the Hour of Power, Sky 1 at 6am or +1 at 7am Sunday mornings, which is presented by an American TV Evangelist called Robert Schuller. He's a good man and has many interesting things to say & I like his take on the gospel. I have shared with some of you some of the things I heard and I think he'd make a great Mormon. He's sincere in his beliefs and understands the scriptures well & this morning he was discussing Christ the rabbi. We know that Christ was a rabbi (Mark 9:5, 11:21 John 3:1-2) and it was quite an honoured position to be a rabbi, they taught people the Law, interpreted the holy writings and gave people the word of God. Many families would send their sons to established rabbis in the hopes that he would pick their son and train him up in the rabbinic tradition. These rabbis would only pick the best, the best looking, the most intelligent, the best speaker, best memory. Not only to ensure their legacy was carried on by the best but for the prestige that came with have only the best as students. Rev Schuller then goes on to discuss how Rabbi Jesus was criticised by his peers for dining with prostitutes, publicans & tax collectors. He described how the tax collector was the lowest of the low, how in the Zionistic culture the tax collectors had sided with Rome and were considered traitors. They weren't even allowed to worship in the synagogues, and yet here was a man who claimed to be Messiah but instead of teaching the elect of jewish society he was socialising with the 'scum' and we quite often comment on that in our classes and is a common christian theme.

But something gave me pause & I looked at this from a different angle, that of choosing his disciples. Here is a rabbi and where other rabbis are waiting for the elect of jewish society to come to them, and having the prestige of sending 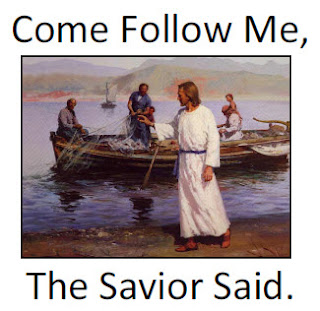 most of them away for failing to meet their high standards, Jesus went looking for His disciples. He went not among the elect most educated, but amongst the lowest uneducated. He went to Galilee, considered a backwater that nothing good ever came from, and found fishermen and even a vile tax collector. Think about that! Not only did he go and teach the lowest of the low, but he called them to be his inner circle! He called them to be the leaders of the early church, to be his confidents, his friends and his most trusted.

And if you look through the history of God's dealing with man this as always been so. It wasn't the mighty Sumerians or Egyptians that God made his chosen people but a lowly family of desert nomads were sent into slavery & raised into a mighty nation. David, a shepherd boy, was sent against a mighty giant, won a war & his line was chosen to be the Royal line through which Israel would be ruled & the Messiah born. It was to a barely literate farm boy in a frontier town of the USA that the Father & Son would appear and bring about the restoration of Israel & the modern kingdom.

So the next time you look into the mirror and are swamped by your inadequacies, just look into your eyes and remind yourself...you're the exact kind of person Christ has always relied on!

Posted by Lord Uther of Light at 09:03 No comments: