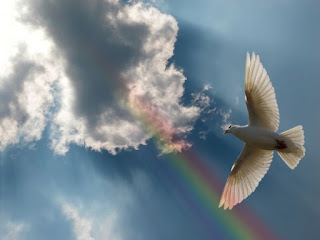 So this week was a momentous moment in Church history when The Brethren reversed the 2015 exclusion policy which marked married gay couples as apostates, and denied church ordinances to the children of gay couples. This was an awful policy which caused nothing but pain and sorrow, that punished children for the 'sins' of their parents and denied the Gift of the Holy Ghost to children who, because their parents were living contrary to church teachings, would probably need it more than others; and it is worth celebrating that it's gone. But, and it's a big but, there was a massive disconnect between the original announcement and the reversal this week. Both were declared to be the mind and will of God as revealed to his servant the prophet, which begs the question why did God change His mind so quick? I mean it's easy to understand how policy can change after decades have past. What was right for the 1950's isn't a good fit for the 21st century, but to do a 180 in just 3½ years what could have possibly changed that drastically? How can we trust a God that flip flops so easily? Were the brethren mistaken in 2015? If so how can we trust them if they can make such a mistake? Why would God give revelation to his prophet that would take us down the wrong road? Many people have commented over the interweb this is policy not doctrine and that's the point of continuing revelation. Which does sit well when we're talking about decades, but not so well when talking about months. So I'm going to go down a rabbit hole here, will you journey with me? What if both were revelation? Would God give us revelation that would take us down the wrong path? Uncomfortably the answer is a resounding yes he has done so before.

The most prominent example of this is in 1 Samuel 8, Israel wants a king. Samuel goes to the Lord and asks of him and is told, no. He's also told to tell them all the evils that will befall them if they choose a king, he does so and Israel once again demands a king. In 1 Samuel 8:22 "And the Lord said to Samuel, Hearken unto their voice, and make them a king." He then uses a Urrim and Tummim to select a king. More latterly Joseph Smith bothered the Lord into letting Martin Harris borrow the 116 pages of translation manuscript. He was told no and Joseph wouldn't listen, so in the end God gave permission to Joseph, those pages were lost and Joseph had to suffer the consequences of that.

You see our Father knows his children very well. We are prideful, stubborn and have a tendency to think we know what's best and periodically our Heavenly Father has to show us how we're wrong. The church as an organisation had become set in how it was going to interact with the LGBT community, so can I see our Heavenly Father looking down, knowing us better than we know ourselves, and thinking "ok, you want to go do down that path? Fine lets take you down that path and see where it leads". So he gives the go-ahead for the exclusion policy. That path led to misery. People left the church in droves as they saw a massive disconnect between suffer the little children and the exclusion of the children of gay parents. It was about as unchristlike as you could get. Thousands of gay members felt they had been kicked in the balls. Gay couples who attend church felt this was nothing more than big fuck you, and a clear signal they were not wanted in our buildings. and most horrifically are those who because of this policy lost their final strand of hope and chose to end their own lives, mortality had become so painful, the loss of hope so complete they could no longer see the point in continuing the journey. Can I see 3½ years later the brethren after seeing this shambles going back to the Lord and our loving Heavenly Father, patient as ever, "Ok we went that way and now you know what that road looks like. Now can we do it my way?" 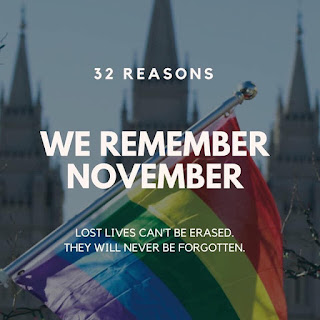 As a good friend of mine said last night, why are we so surprised when we get it wrong? If you read your scriptures a heavy percentage of the stories, right from the Old Testament through to the restoration, are of Israel screwing it up and God having to come in and clean up the mess. The exclusion policy was a mistake that brought nothing but pain and suffering, but unfortunately we sometimes have to learn from our mistakes. So what lessons did we learn? Well the one thing I noticed when this policy came out I don't know one person that didn't struggle with it to one degree or another. Some got over it pretty quickly and others never will, but suddenly everyone was aware of our struggles as gay LDS. There were people who had no idea that there was an issue suddenly realising we needed to be on their radar and reaching out. John Gustav-Wrathall, President of Affirmation, wrote an unprecedented full page article in Deseret News on how to help LGBT feel welcome in your meetings. I saw a people wakened up to other's pain that they were oblivious to before. I saw peoples attitudes change, and an increase in love.

We NEED to learn that lesson, because by God the price was high, too bloody high! We as a church will be held accountable before the throne of God for the suffering it caused, and so we need to learn that lesson. Exclusion is never the answer. Love is. Only love. 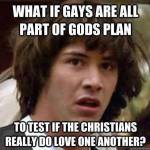